A City Break in Ljubljana

Ljubljana, the capital of Slovenia, is one of Europe’s smallest, most compact and charming cities. With a population of less than 300,000, it has none of the seething crowds, gridlocked traffic and overwhelming noise synonymous with most major cities. But it does have a plethora of cultural treasures, excellent restaurants and stunning architecture, all flooded with a bewitchingly languorous atmosphere. It’s located in the centre of Slovenia at the crossroads of two mountain ranges – the Dinarides and the Alps – and forms the geographical, political, cultural and infrastructural heartland of the country.

Spring is a particularly pleasant time to visit Ljubljana: you’ll avoid the tourist high season, which is in the summer months, and the mercury sits at a refreshing 10 - 15 °C – perfect walking temperature for a city that should be explored on nothing other than foot. Furthermore, some top events are occurring over the next few weeks: an exhibition marking the 50th anniversary of the City Art Gallery is running from now until 14 April; the travelling exhibition 'Da Vinci – The Genius' is in town until 12 May; and Druga Godba, a top international music festival, runs from 10 - 11 May. 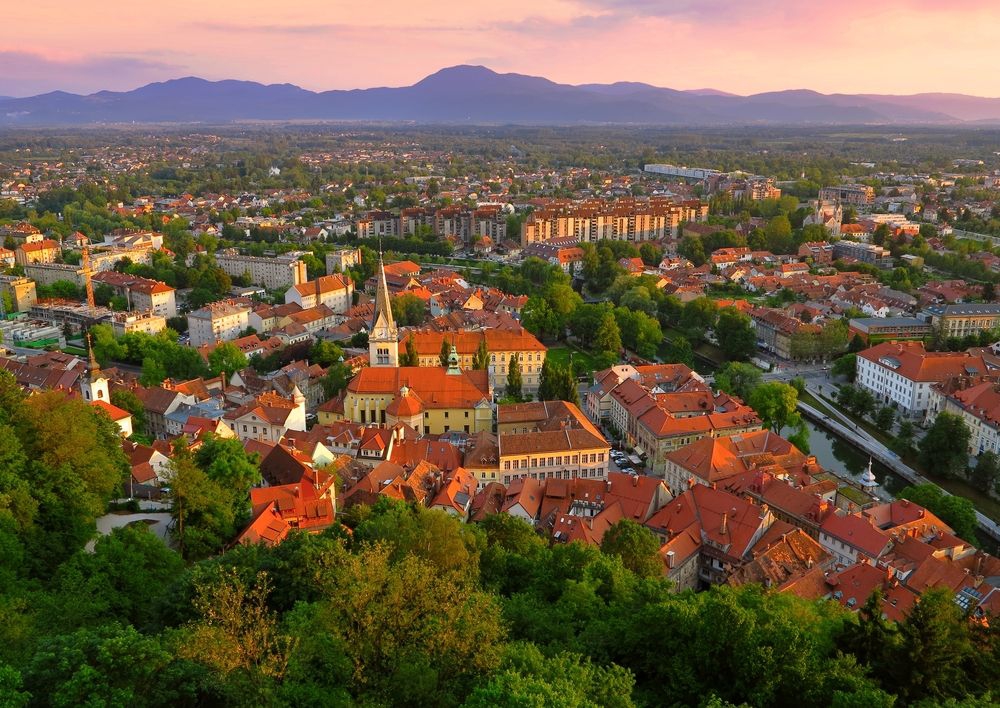 The first settlers arrived 4,000 years ago and inhabited the marshlands to the south, but it was the Romans who set up camp in the location of the present-day city in 50 BC. They stamped their authority with a fortified camp, which by the 5th Century had developed into a city called Emona, which was razed in 450 AD by the Huns. By the turn of the 7th Century the Slavs had arrived and would remain for the next few centuries. The first reference to the city as ‘Ljubljana’ came in the 13th Century, by which point a family of Carinthian Dukes were in charge, and 200 years later the Habsburgs had staked a claim. The city would continue to change hands until the aftermath of the two world wars, when it was annexed by Yugoslavia. In 1991 Slovenia finally broke free, becoming an independent republic, and Ljubljana was declared the capital.

Unless you’re in a neighbouring country, the fastest and cheapest way to reach Ljubljana is by plane; the international airport is 27km north of the city. You can catch direct flights from most major European cities, but if coming from places further afield you’ll  have to catch a connecting flight. Ljubljana can also be reached by train, but unless you’re very near, or visiting as part of an interailling package, this will be considerably more expensive. 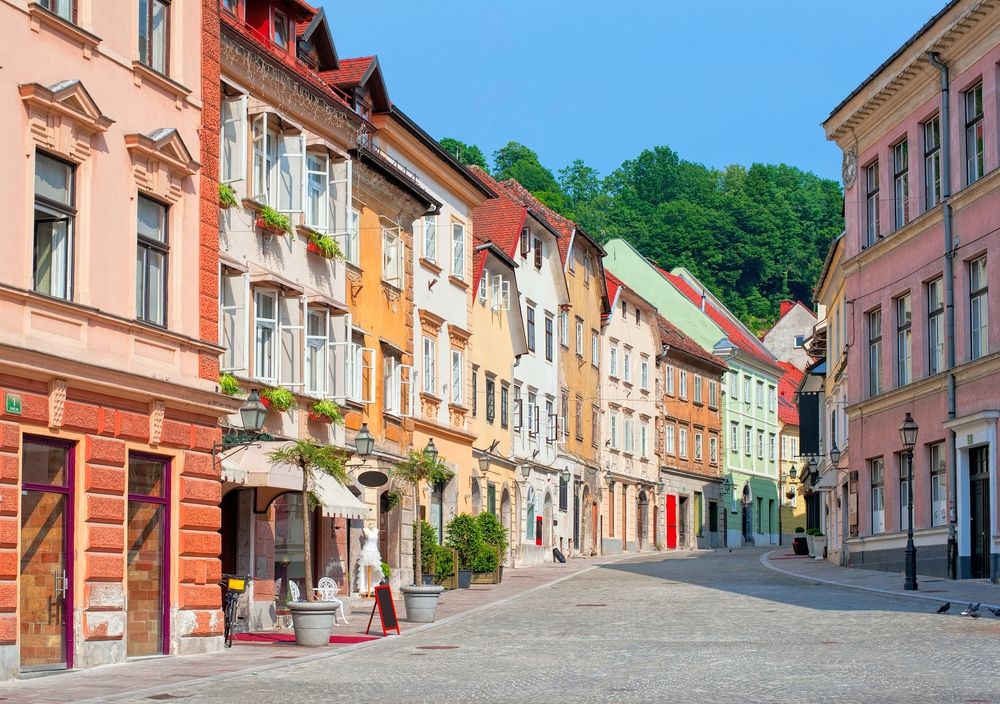 Central Ljubljana, where you’ll find all the main sights, is dominated by the spectacular landmark of Ljubljana Castle, which sits atop a large, wooded hill. While there isn’t much to do once there (save the Virtual Museum, which gives a fantastic introduction to the city) the views are spectacular, particularly if you choose to climb the Clocktower.

Wrapped around the foot of Castle Hill is Ljubljana’s Old Town, a delightful medieval jumble of red-roofed Baroque town houses and cobbled streets, and easily the most picturesque part of the city. Once here, put the map away and just wander aimlessly: getting lost among the pretty squares and tiny alleys is half the fun.

Dividing the Old Town and its newer counterpart to the west is the emerald Ljubljanica River, whose bridges are an attraction in their own right. Dragon Bridge is guarded on each corner by four statues of the snarling beasts, and Triple Bridge, though practical enough, is most loved for its aesthetic value – according to one guidebook it’s the most photographed landmark in the city.

The area west of the river fans out, steadily becoming less dense, but contains a clutch of worthwhile attractions, including the National Museum, arguably the best in Ljubljana, St Nicholas Church, which with its twin bell towers is one of the most iconic buildings in the city, and Tivoli Park, a tranquil green space perfect for an afternoon stroll.

The compact nature of Ljubljana means it can easily be explored on foot at a leisurely pace, safe in the knowledge that sooner rather than later you’ll tick off the main sights. This is in stark contrast to the big city experience, where sightseeing needs to be meticulously planned to avoid missing out on anything important. 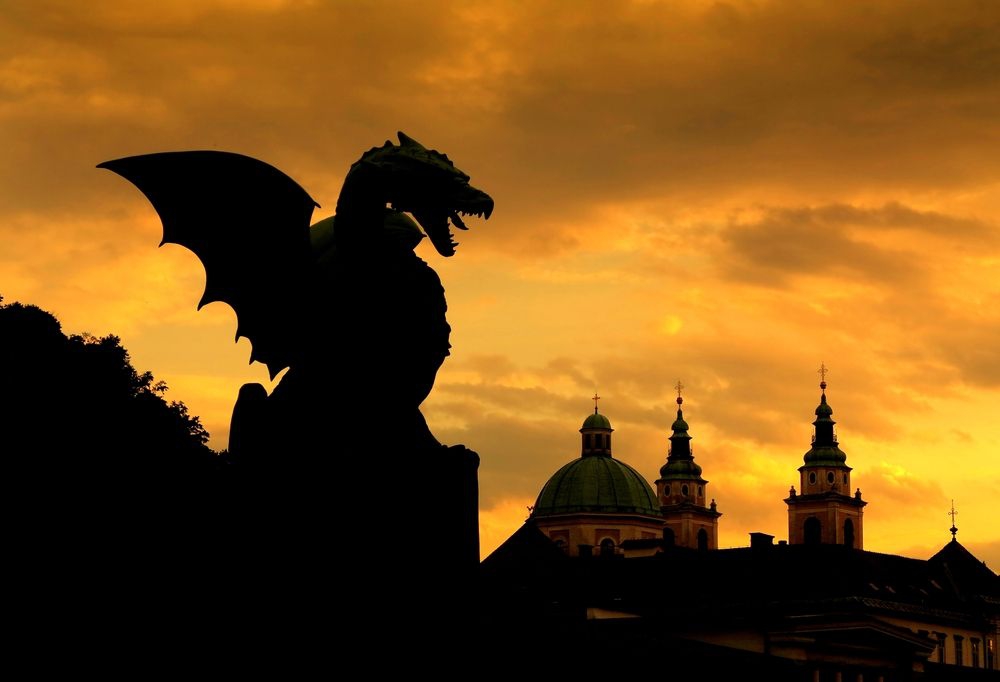 Ljubljana is home to a variety of top-notch restaurants, most of which you’ll find in the city centre. Gostilna Sestica is particularly good: it is one of the oldest restaurants in the city and serves traditional Slovenian food in a traditional setting. The enormous portions are excellent value for money and the atmosphere is warm and friendly. For a slightly different experience check out Foculus Pizzeria; Ljubljana is famous for its pizza and this restaurant offers some of the best, with a whopping 66 varieties on the menu.

Ljubljana nightlife consists mainly of bars and pubs, the best and most atmospheric of which are strung along the Ljubljanica River in the city centre. Try out Bar Minimal, a stylish riverbank venue which serves great cocktails. If you want to continue into the early hours, there are some clubbing options: Bar Top is a slick establishment with panoramic views of the city from its balcony, and for something heavier check out Metelkova street.

Ljubljana has accommodation to suit all budgets. If you can afford to splurge, Hotel Cubo is a fabulous five-star establishment in the heart of the city, and which frequently wins awards for its excellent rooms and service. At the other end of the spectrum, Hostel Celica, located in the ultra-alternative Metelkova district, is a budget option, but has been voted the 'Hippest Hostel in the World'. It was once a prison but the cells have been turned into rooms, each designed by an individual artist. 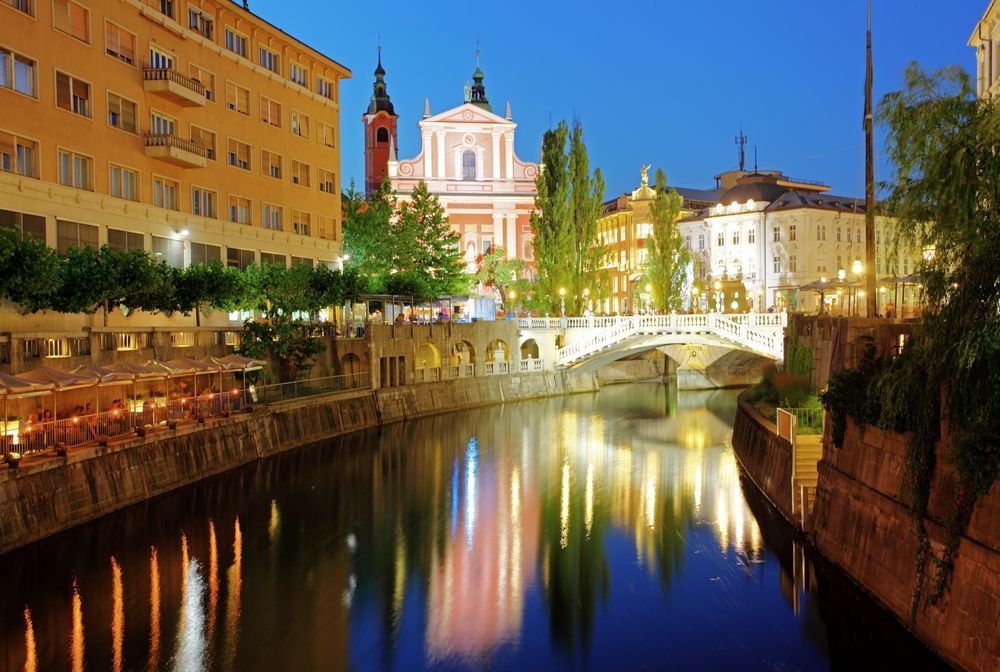