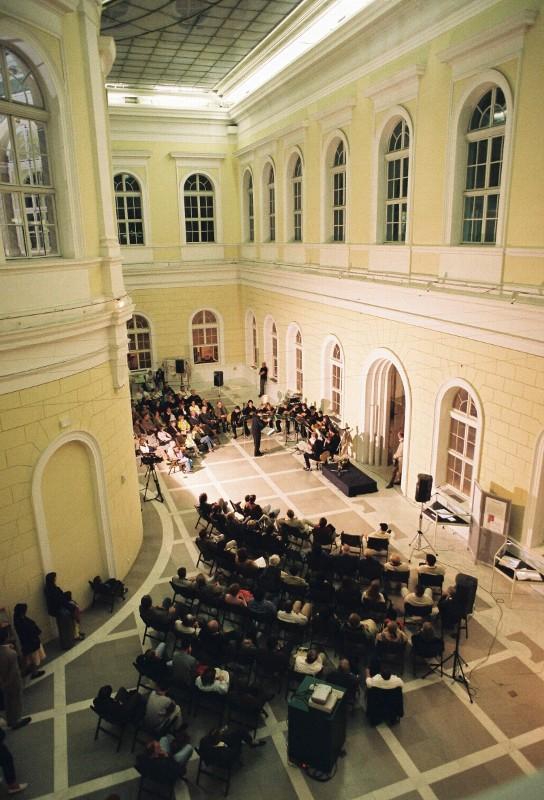 National museum of Slovenia is the oldest and the largest Slovene museum. It was founded in 1821. Existent museum building on the Museum street, was built in 1888 and was the first, building, assigned solely to culture in Slovenia. Today its stores a rich collections of valuable objects. The oldest spring back to the Stone Age, but there are also the newer ones, which are still used in our everyday life. Important columns of museum activity are also rich museum library and unit for preservation and restoring.

In the central museum building on Prešernova Street, you can see the oldest musical instrument in the world, 55 000 years old Neanderthal's flute from the Divje babe cave. Another remarkable object is a charming Vace situla. There is a brief presentation of the area, which through time became a native country for Slovenes. Of course there is a vast collection of other interesting objects that tell a story of the life before our time, which are presented in the permanent exhibitions:

• TREASURES OF THE NATIONAL MUSEUM OF SLOVENIA

The exhibition presents a selection of objects ranging from the Stone Age to the Medieval and Modern Periods. These represent the most important and most precious artifacts from the archaeological collections of the National Museum of Slovenia.

• SLOVENE LANGUAGE: IDENTITY AND SYMBOL. A short History of Slovenes

The exhibition presents the history of the Slovenians from the early days of Slavic settlement to the present day. The common thread running through the exhibition is the Slovenian language, which survived the multitude of political systems and regimes that shaped the life in Slovenian inhabited areas.

The National Museum also keeps Slovenia's only Old Egyptian mummy. The inscription on its anthropomorphic coffin, found in a west Theban cemetery, indicates that the mummified body belonged to Isahta, a priest of the temple of Amun in Karnak in the Late Dynastic Period (25th-26th Dynasty, 8th-7th centuries BC).

The National Museum of Slovenia today has a collection of more than 200 stone monuments with inscriptions. They mostly come from the areas of Ljubljana (Roman Emona), Trojane (Atrans), from the village of Zasavje, and from Lower Carniola as a whole.

In the new building of the National museum of Slovenia on the Metelkova Street, are exhibited collections of the applied art heritage of Slovenia. The permanent exhibition brings together objects of applied arts from the 14th century to the present day.

National museum of Slovenia also manages the Snežnik Castle, the only castle in Slovenia with preserved furnishing from the later half of 19th century.

If you are going to visit Bled, than you should go to the castle cliff and visit a famous castle, which in 2011 celebrates its 1000th university. It houses a renewed museum exhibition which tells a story about historical development of Bled corner and his surroundings.