History and Culture at Brezice Castle

Brezice Castle was built in 11th century on the left bank of Sava River, dividing Styria and Lower Carniola. It was built by people from Salzburg with administrative and defence purposes. In a later period the whole city of Brežice was built around the castle and together they now celebrate their 660th anniversary. The name Brežice was derived from the city on the left bank – 'brežec', which is located on a ridge that rises above today’s dry riverbed of the Sava River. 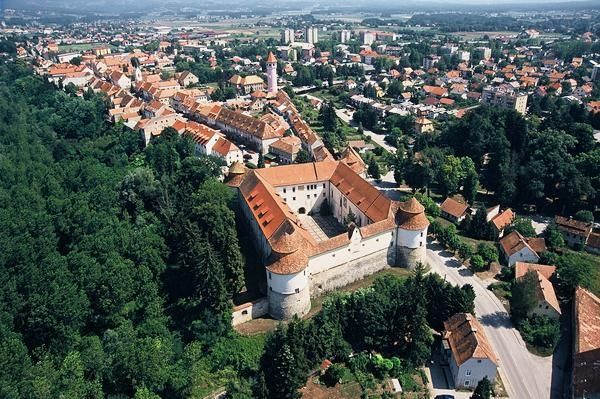 The mighty castle today looks the same always, even though it witnessed several heavy attacks from Croatian as well as Slovenian farmers in the past. In 1515 the aforementioned farmers overtook the castle, killed the lords, destroyed the interior and burned down the city. Not much later, the farmers revolted again. They occupied nearby castles although this time they couldn't reach Brežice Castle which was defended by Ilija Gregoric and his army.

In peaceful times the royal family Attems restored the castle into a residence. Earl Attmes was much in favour of the artistic creations of the Baroque era, thus many famous artists painted around the castle in that time. He built the left wing where even now the famous Knight's Hall is located. The Earl also decorated the royal garden where he loved to sit under red flowers of Staghorn Sumac (Rhus typhina).

20 years after the eastern wing was constructed, Attems built the western one where a representative staircase and the chapel were situated. The work continued and the main court was redecorated with a fountain, the castle surroundings were embellished and defensive ditches were filled up and transformed into gardens. They also had a park with different tree species nearby. Atttems were getting married and were baptised in the St. Cross chapel located on the second floor of the castle. There was also another chapel where the Earl Anastasius Grün was writing poems to his beloved under the shade of Catalpa tree. 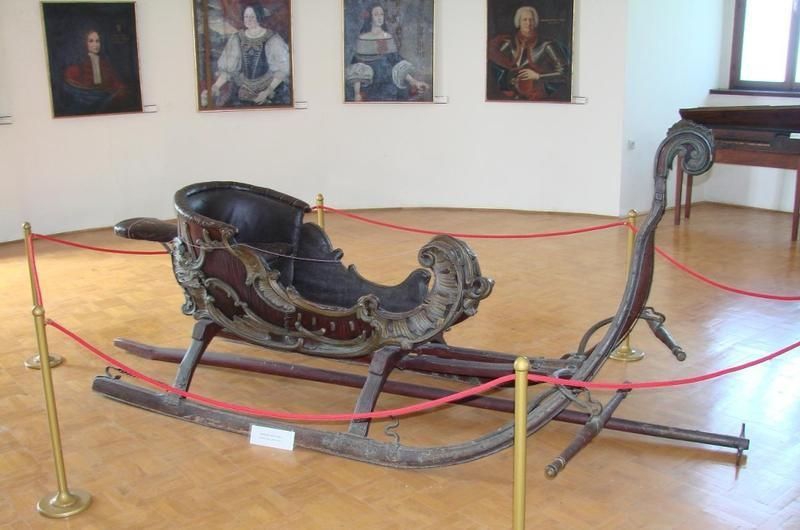 The castle was redecorated several times and the last time was in 1949 when it was transformed into a museum. Every morning sun rays first touch the Renaissance portal. The main gate, located on the northern part, greets people walking by, while the main court and museum are slowly opening their sleepy eyes. After 8 o'clock the museum opens its doors to visitors and welcomes them through the Baroque portal which takes you to the first and second floor where 30 exhibition rooms are located.

Museum visitors will be able to collect information about the history of Brežice Castle, the museum creation and development, history, art and the lifestyle of Posavje residents. Visitor’s eyes will be treated while observing more than a thousand museum objects from archaeology, ethnology, history and art history located in the fort where once Attem himself found his piece of the land under the sky. Last but not least the finest Baroque fresco painted hall waits on the end where different concerts or other events are held frequently. Leave your mind to travel through Roman and Greek mythology while massaging your mind and soul with superb sound of royal instruments.

The treasures of Posavje heritage

The archaeological collection tells the story of the early periods from prehistory to the arrival of the Slavs. Archaeological valuables are now held in the first three rooms in the museum. How people lived, believed, how they worked and made a living can be understood from more than 100 displayed objects in the ethnological collection. Visitors will be introduced to forgotten tools and other objects from the everyday life of the residents with an emphasis on craftsmanship, agriculture and winegrowing. The collection ‘Peasant Revolts’ and ‘Reformation’ reveals the first Slovene words written on the wall - Le vkup, le vkup, le vkup, uboga gmajna. Among the exhibited objects there is also precious Bible, one of the 78 surviving copies of the translated Bible from German into Slovene.

Between the hall and a terrace visitors can find a sound exhibition named Bürger – mestjan – mešcan which takes listeners back into 1900. It invites visitors into the intimacy of a Bourgeois bedroom with a view on the city street from where encouraging folk songs can be heard. A path leads to the baroque staircase and into the historical period under the nine flags: Posavje 1900 – 1990. The emphasis of the permanent historical exhibition is about national conflict in the early 20th century. Visitors are taken back into the history where the social life of Posavje residents, the First World War, the economy between two wars, the role of The Hawk movement, the Second World War, liberation, restoration and the time after WW2 until Slovenia independence are all shown.

Furthermore, there are historical and artistic treasures of Posavje exhibited: Moškovov baron’s portraits, Empress Maria Theresa’s unique horse sleigh, and other valuables from the religious heritage collection of 17th and 18th century. With the exhibition catalogue visitors can walk through art masterpieces. At the end, words of Posavje Museum founder and great collector of museum materials Franjo Stiplovšek greet every single guest. A rich memorial gallery in the last room of the museum about his primary profession is waiting to be discovered.

Just before exiting Brezice Castle, enriched with the cultural heritage of Posavje, visitors can reset their time according to two sun clocks, controlled by Mother Nature. Those with some extra energy can take a walk through Vrbina – the castle pastures, where children used to play.

Vrbina also played a great role in the settlement of the first people. There is an old riverbed where Sava River used to flow and this was already an important transport route between the Balkan and subalpine world in antiquity. Hurry up though because soon there will be a modern hydroelectric power plant standing here waving farewell to this rich and important history.