Sights by Region Sights by Type 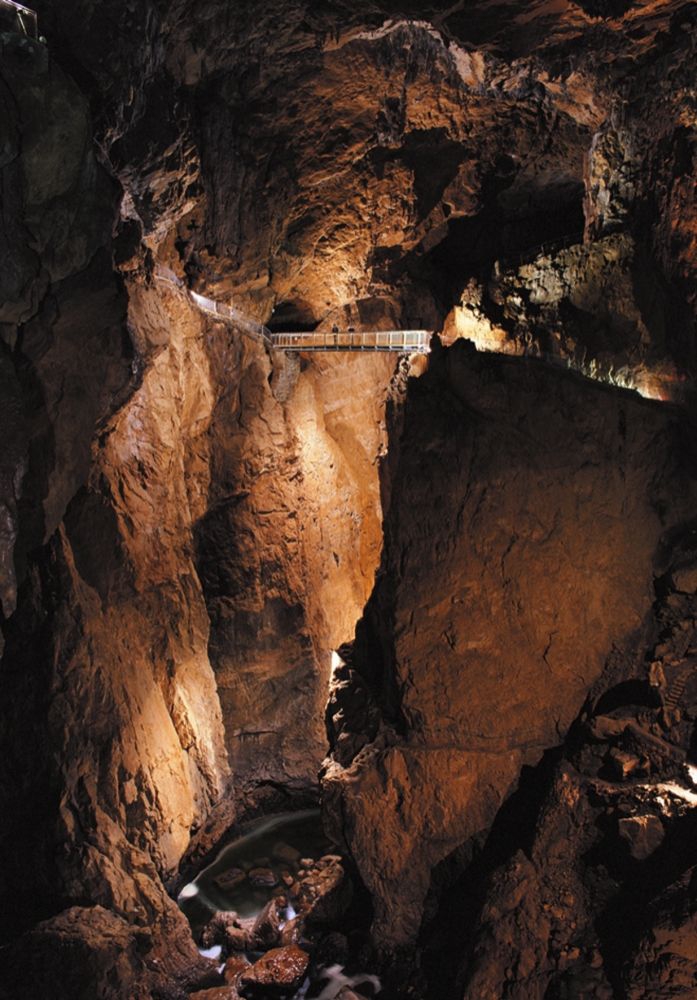 Škocjan Caves have been registered in the list of UNESCO because of its importance to the world heritage since 1986. The International scientific community has recognized the importance of the Caves as one of the natural pearls on Earth.

The Caves are one of the most important underground phenomenons in the Karst region and are among the most important Karst caves in the world. Visitors have always been attracted to the gorge at the end of which the River Reka disappears in the underground, the mysterious cave entrances, great underground stalagmites, stalactites and columns. A walk through the Caves will be a unique and well informative tour for individuals and families.

Archaeological studies have shown that people lived in caves already in Mesolithic, Neolithic, Bronze and Iron Age through the Roman period and the Middle Ages until today, so for more than 5000 years. Findings from this area have shown that the importance of the caves was not only local, but also regional.

The preserved geomorphologic and microclimatic ecosystem of valleys, caves and the surrounding area are home of rare and endangered birds, several species of bats and other special fauna. The intersection of the Mediterranean, sub-Mediterranean, Central European, Illyrian and Alpine floral elements is also well noticed.

All of our providers offer 24/7 support