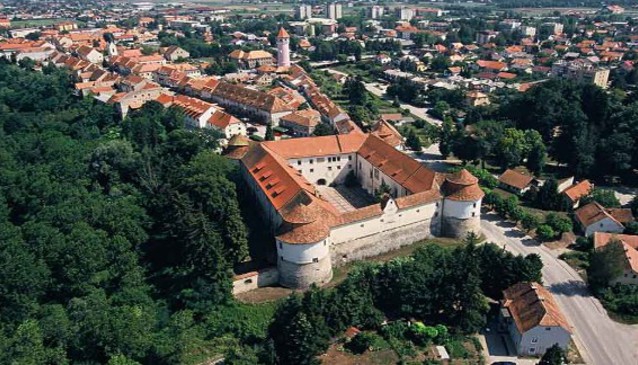 Brežice castle is the most glorious and most 'visible' building in the heart of Brežice city. The larger part of the castle is Posavje museum with many astonoshing collections such as archeological, etnographic, history, bourgeois and contemporary history colletion.

Most known part of the castle is Viteška dvorana (The Knight's Hall) where different concert and weddings are held. The hall was painted with frescoes which on the walls show the development from antiquity to the Renaissance and on the ceiling we can admire scenes from Greco-Roman mythology.

Castle was firstly mentioned in 1249 as a castrum but undoubtedly it stood here even before, as seen from written sources. The name of the castle was Rain which means coast of the river bank in German. Also name Brežice is a derivative from the same German word (Rain - breg - bregci - brežci - Brežice). The castle and later the city of Brežice were built on the left bank of Sava river, which represented an important transport connection between Balkans and Alpine world already in ancient times.