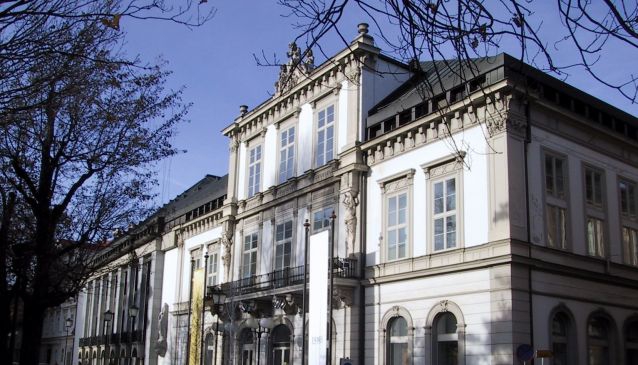 One of the most prominent buildings in Maribor is a home of Slovene National Theatre Maribor whose history goes back in 1785. Today, SNG Maribor is the largest cultural public institute in the country with its own Drama, Opera and ballet, Symphonic orchestra and well known Borštnikovo srečanje festival.

Being a member of European Theatre Convention which combines the most prestigious theatres from all over Europe SNG Maribor is doing everything to give you memorable cultural and artistic experience even for the most demanding tastes and expectations.

Each season SNG Maribor prepares several large domestic as well as international co-productions and organizes main Slovenian theatrical event Borštnikovo srečanje festival which is visited by distinguished foreign experts along with curious local public. Festival consists of several thematic programs (competition and an accompanying program, Bridges Generations and Showcase) and professional events (symposia, conferences, presentations, literature, exhibitions etc). At the end of the festival awards are given for best show, directing, acting, musical and other artistic achievements. The main festival prize is the Borštnik Ring which is awarded to a deserving actor or actress for his/her life's work.

Beside outstanding performances at SNG Maribor guest can enjoy spectacular old city center, popular Lent with oldest wine or have a dinner at famous Maribor restaurants before or after the show.