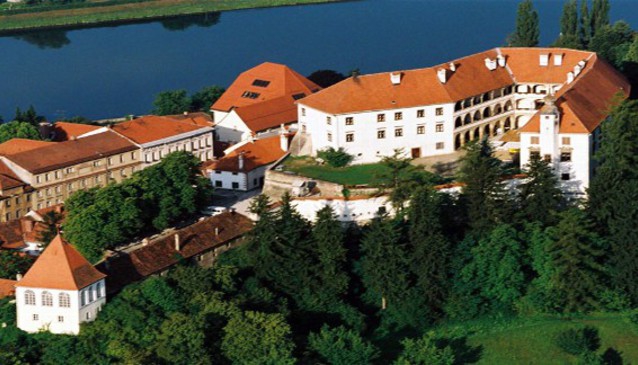 Castle hill has been inhabited since the 5th millennium B.C. The people of ancient Roman Poetovio built a fortress and several temples. In the early middle ages there was a Slavic cemetery.

The medieval fortress was built in the 11th century when the castle and the town were in possession of the archdiocese of Salzburg. Archbishops later on let the castle to the Lords of Ptuj. The latter in there hundred year's period established a Minorite and Dominican monastery and built a roman church on top of mountain Ptuj.

Today we are able to find Regional Museum in the castle  displaying collections of archeology, history, cultural history and ethnology. It shows findings from ancient history, antiquity, middle and modern times. Visitors can observe colletion of weapons and music insturements on the ground floor. On the second floor the most beautiful chambers as well as furniture, tapestries, paintings and small inventory represent feudal dwelling culture of the 16th until the second half of the 19th century. An exhibition of Gospodje Ptujski (Ptuj gentlemen) and Baroque Gallery can be found on the second floor.