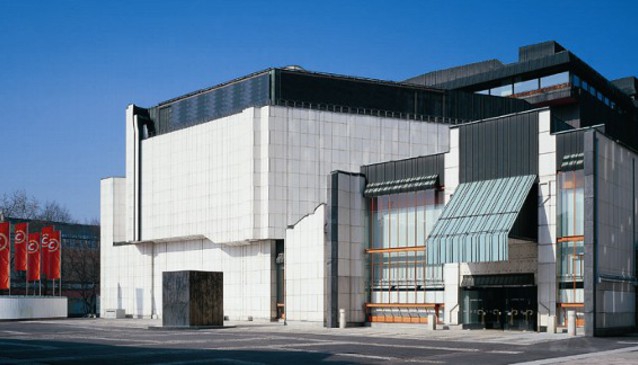 Culture of all Arts - Cankarjev dom, the central Slovenian and one of Europe's largest cultural centres, has since 1980 been enriching the cultural life of Slovenia and its capital city. A multi-arts centre, it has served as an important herald and promoter of international cultural and artistic exchange and, nationally, the connecting and creative axis of artistic and cultural events. CD is also one of Slovenia's oldest and foremost professional congress organizers.

On average, up to 400,000 people visit the centre, whose premises amount to an impressive 36,000 sq m, in some 1000 cultural and artistic performances and 200 congress events. Their contentment is the best testament to Cankarjev dom's success.

Find some great events happening in Cankarjev dom in the future:

Culture and the Arts programme embraces various genres, from music, theatre, dance and film to performing arts and literature. Art aficionados can take out subscriptions (Golden and Silver Series, Music of the World, theatre, film and young theatre-goers' subscriptions), thereby acquiring tickets at an affordable price. Apart from The Sound of Six Strings and Tuesday Clubbing series, extremely compelling and increasingly popular is the Ad hoc, a series made according to the specifications of a customer throughout the season.

By now an important part of the Cankarjev dom programme, the centre's festivals have gained an excellent reputation throughout Slovenia as well as abroad. This is especially true of the Ljubljana Jazz Festival, which is one with the longest tradition in Europe. Slightly younger, yet just as celebrated are - the International Film Festival 'Liffe', the Documentary Film Festival, Druga godba, City of Women, the Exodos Festival of Contemporary Performing Arts, 'Gibanica - Moving Cake' Festival of Slovenian Dance, Storytelling Festival and the Trans-generations festival. Annually, a Remote Cultures Festival is also organised: 2003 Australian Culture, 2004 West Africa, 2005 Japan, 2006 Argentina, 2007 Turkey, 2008 Egypt including an exceptional exhibition of world significance - the Pharaonic Renaissance, in 2009 the Festival of Mexican Culture and in 2010 the Festival of Armenian Culture.