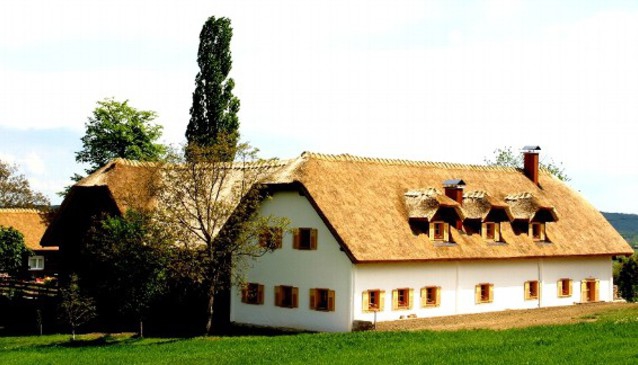 The former homestead Hrvatova domacija was almost 300 years old. Being renovated few times and only partly it stood on this place till March 28th, 2007 when it was torned down. The new Hrvatova domacija stands on the same place as the old one, built with similar materials and design. The owner built a new one in a little bit bigger version with larger rooms and the most modern interior design; but to add more historic value they covered the roof with straw. Homestead contains also 2 smaller sized agricultural areas, an orchard and a 'pumpkin area' from where they get the seed for pumpkin oil; the Shitaku mushrooms and oyster caps are growing in their cellar.